August 23, 2017
The Mobile Home Park at 4847 W Kimberly Rd, in Davenport, IA has received a new name in tribute to the state flower of Iowa. The new ownership decided on "Wild Rose Mobile Home Park." While delicate looking, the Wild Rose is hardy, beautiful and resilient - returning year after year.


A Flower with History

The Iowa legislature chose the Wild Rose to be the motif on a silver tea set presented to the U.S. Navy and used on the battleship Iowa in 1896. When the subject of choosing a state flower came up, advice was sought from the Federation of Women's Clubs in Dubuque, and everyone agreed that the attributes of the wild prairie rose fit perfectly--and on May 6, 1897 it was so designated by the state legislature. Instead of singling out a certain variety, since several species are native to Iowa, lawmakers choose to go with its common name of Wild Rose. It is also known as the Wild Prairie Rose.

It represented resilience and beauty to early European settlers and has longed been used as a medicinal plant. Native Americans valued it for its medicinal and nutritional value. They boiled the “fruit’ of the roses, called rose hips, to make eye drops to treat eye infections. They also produced syrup from rose hips to treat stomach ailments and ate the hips, leaves and flowers of the wild rose when food became scarce. Just three rose hips are said to contain as much Vitamin C as a single orange. Petals of the Wild Rose can be used in salads, to make tea, or can be candied.

The Wild Rose hits its peak bloom in June but can start blooming as early as May and blooms until late August. Several Wild Rose species are native to Iowa and telling them apart is often quite challenging. These Wild Rose species have similar appearances and also have the natural ability to hybridize in the wild. The flowers are about 2 inches wide and mildly fragrant. The five petals vary from pink to white, with many yellow stamens in the center, which bloom in groups at ends of branches.

Popular posts from this blog 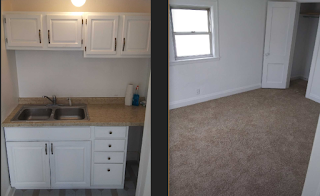 New Homes & Available Apartments! We are continuing to update and make the park a nice place to live. 1 home is recently remodeled and available for purchase, a 1 bedroom apartment, and 2 Studio apartments. Check out what's available now , click here for Homes for Sale and Apartments for Rent! 4847 W Kimberly Rd, Davenport, IA 52806 (563) 265-5078
Read more

Wild Rose Mobile Home Park would like to welcome  Barbara Ellis  as the community's new Onsite Residential Manager! Barbara and her husband Javon are bringing knowledge from previous onsite residential management experience and are excited to be a part of the Wild Rose neighborhood! Rent All rents should continue to be delivered to the park office drop slot or paid through through RentTrack. As always, rent is only accepted in check or money order and be addressed to Wild Rose Mobile Home Park. Please remember to put your Lot or Unit number on your payment.  You can also pay rent through a credit or debit card by visiting the park’s website at:  www.WildRoseMHP.com , click on the contact us page, and “ Pay Rent through RentTrack .” It is easy and quick. If you get in a bind you can avoid late rent fees by paying through credit card.  RentTrack  also has an option that will help you build your credit through paying rent on time each month.  RentTrack  also allows you to pay instantl
Read more 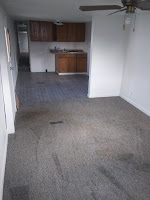